Kish va Mat: It is the story of a young man named Behrooz who fails in everything he does. Instead of finding the cause of his failures, Behrooz thinks that he is unlucky, and because his bad luck continues, he commits suicide, but because he took the laxative, he is saved. He decides to commit suicide again, but this time a young psychiatric resident named Parisa saves him and promises not to have bad luck and even a very big chance to prevent him from committing suicide again. Behrooz believes, but threatens that if he does not do so, he will kill himself, and this is the beginning of new adventures that are formed for Behrooz. In terms of the history of the director and actors of Kish and Mat films, interesting statistics and points can be expressed. According to statistics, Kish and Mat is the average activity of the 26th actor in this film. According to the people’s rating, this film is one of the four outstanding works of Nasser Sohrabi in the acting profession.

Be the first to review “Kish O Mat” Cancel reply 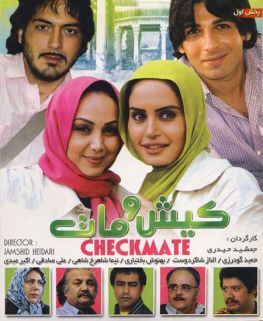