The inflamed atmosphere of November 1978 binds the fate of 5 groups that want to leave Iran with the last flight, and in the meantime, one of the main agents of SAVAK is looking for a document that can reveal the identity of the opposition… Abbas Rafie He made “The Secret of Mina”, “Butterfly”, “Earthly Verses”, “The Road Traveled”, “The Sun Shines on Everyone the Same”, “Granaz” and “Another Birth” and “Kimia and the Soil” was his eighth feature film. It counts. According to the summary of your story, this film is a work centered on the Islamic Revolution. It should be borne in mind that making films in the atmosphere of the revolution and revolutionary struggles is a difficult task, and for this reason, one should not simply ignore the efforts of Abbas Rafie to create a work centered on the revolution. This difficulty is also due to the distance we have from the revolution.

Be the first to review “Kimiya Va Khak” Cancel reply 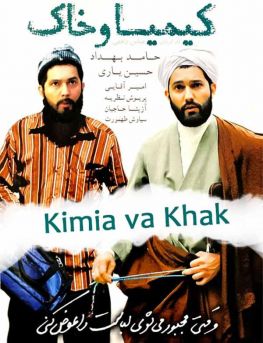