1994103 minAction, Ejtemaei, Ghadimi
+ Playlist
Sign in to add this movie to a playlist.
0

At the beginning of the Iran-Iraq war, Reza’s wife was pregnant and had to undergo surgery. Reza takes him to the hospital and he is captured by the enemy forces. Reza’s wife dies during the operation and the surgeon’s glory saves Reza’s child. Nine years later, when Reza is released from captivity, he realizes that he has lost all members of his family. Now he is looking for his only survivor, his child. Kimia, Reza’s son, lives with Shokooh in Mashhad. The problem is that glory is entirely dependent on alchemy… About the director: The Holy Defense Cinema, which was born in Iran in the early 1960s, has created a new generation of filmmakers, some of whom have found a worthy place in the body of Iranian cinema. Ahmad Reza Darvish is one of this group of cinematographers whose war films have a special quality and are different from other similar examples. He is arguably one of the most unique Iranian directors.

Be the first to review “Kimiya Iranian Movie” Cancel reply 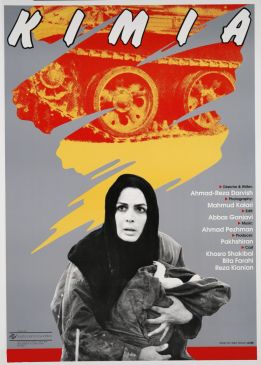