“Khoon Shod is one of the films that was accepted by the decision of the selection committee in the Simorgh Soda section or the national competition of Fajr Film Festival, but the director of this work, Masoud Kimiaei, released a video of his presence at the festival to express his sympathy and condolences for the crash. The plane canceled.

Story: The return of the man of the story after a long absence reminded everyone from the very beginning of his creator “Caesar”. Apart from the fact that Kimiai has repeatedly spoken about his unwillingness to make sequels to his old stories, this film has a different mood for him.

Be the first to review “Khoon Shod Film” Cancel reply 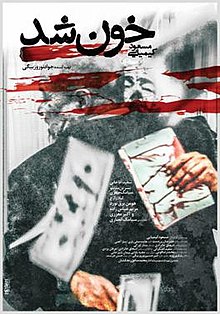