After his release from prison, Kianoosh seeks to find his ex-wife and child. In this way, he encounters problems and dangers and tries to restore the dignity and recovery of his lost family. The very good and effective beginning of “Self-mutilation”, which is in fact the final scene of the film, is the final show on the life of an ignorant man. Is alone. According to the author, the first thing that “self-harm” suffers from is Kianoosh’s ignorance, which causes the viewer to identify with the main character of the story. Although Kaveri accurately and beautifully depicts Kianoosh Bixie in adulthood and his life as a child, there is no hint of how to create these conditions for him alone, and this is the viewer’s first question: Why Kianoosh even a friend and family in this Doesn’t it have a dark, dark and dirty world ?! Kianoosh Zabihi is the slaughtered of the dark world of film; Played the world of politics; Someone who no longer has honor, reputation, friend, family, money and in other words nothing. “Self-mutilation” is Ahmad Kavari’s second experience as a film director. “Influence”, his first feature film, was able to attract many critics. Apart from directing, he has been an assistant director, writer, programmer and even actor in several film projects.

Be the first to review “Khodzani” Cancel reply 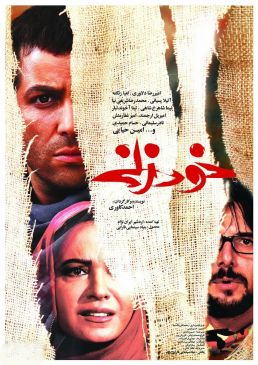