Mani Haghighi, a film art director, is under pressure from his producer to use two commercial actors to play the lead roles in his film. From the director’s point of view, they are the worst possible choices, but if he wants to make a film, he has to bring them closer to their roles in a short time, and this is not easy. In the poll, this film was selected as the best film of Nowruz 2017. At first, the director of this film was Rambod Javan and the next choices were Hassan Fathi and Soroush Sehat, but with the prolongation of the script, this cooperation was not possible and Peyman Ghasemkhani himself took the direction. Qasemkhani used the real names of the actors in the film, he said: “We did not have a specific reason for this at all, and mostly because the film was a continuation of the Pejman series, we used the real names of the people in it.”

Be the first to review “Khob Bad Jelf” Cancel reply 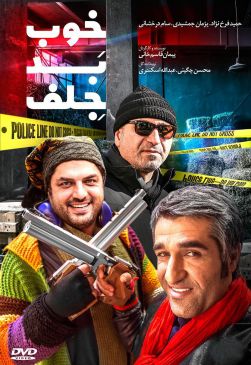