A computer hacker named Kaveh (Hooman Sidi), who has just been temporarily released from prison, intends to take a 10 billion Toman loan with his sister (Hanieh Tavassoli) and son-in-law (Mostafa Zamani), which is to be illegally taken by the head of a bank. The account should be transferred to the account of an economic corruptor named Mohtasham (Sam Gharibian) and transferred to their own account at the moment of deposit, but while doing the work, due to the transfer of a number, this huge money goes to the account of two simple young people who receive They have a loan of 10 million Tomans to start their business and و “Special Line” has a stormy start.In an interesting introduction to the first long shot of the film, the director takes us to the heart of the city so that we can look at the city from its peak and its strange daily events, and then in this big city, we are confronted with some middle-class personalities. Who are aware of the corruption of a large economic seed and intend to get the huge loan he is supposed to receive out of his hands.

Be the first to review “Khate Vije” Cancel reply 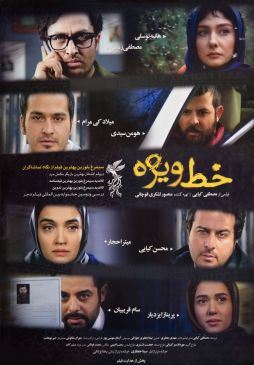