201784 minComedy, Khanevadegi
+ Playlist
Sign in to add this movie to a playlist.
0

People who die in a crooked line can no longer see their love in a wooden window frame! Remarkable for those who are used to changing the frame of their glasses soon !! When Saeed sees Mahsa, he proposes to her. Mahsa, who intends to marry Mehran, does not accept, but then when he realizes that Mehran is a troublemaker, he responds positively to Saeed’s request, and… in the crooked line of actors such as Majid Shahriari, Mokhtar Saeghi, Nafiseh Roshan, Nima Shahrokhshahi, Siavash Kheirabi, Golshid Bahraei and Mohammad Reza Babakhanian have played roles and acted. Cursive film is similar to different works in terms of structure (form), content and production environment. Considering the various characteristics, it can be said that the related works of the film of the crooked line are: the film behind the garden wall, the film of the gas board, the film of the Kalashnikov, the film in a certain period of time, and the film We Are All Guilty.

Be the first to review “Khate Kaj” Cancel reply 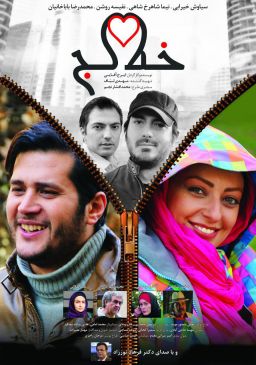