201290 minDrama, Khanevadegi
+ Playlist
Sign in to add this movie to a playlist.
0

Do not be bored movie: Maria and Roman are a tourist couple who live in Kerman for a short stay. Maria has been out of Iran since she was five years old and now, after all these years, she has faint memories of her homeland. He, whose son is dead and blames Roman in this case, considers the purpose of this trip, which was made at Roman’s insistence, to forget the death of his son, but later realizes that Roman’s insistence on traveling to Iran is to visit the Klut desert region. It is Kerman. Despite initial opposition, Maria agrees to travel, and the other companions of the trip are the leader of Morteza’s group and the driver of the van, Hussein… In a part of the film, where Roman, Maria, Morteza and Hussein live at their aunt’s house. And a few villagers join them, we see that Roman plays a western song with a harmonica and Kadkhoda Deh, regardless of the inconsistency of this instrument with local songs, and how well he sings. This heterogeneous combination, together, does not seem to be annoying at all. .. 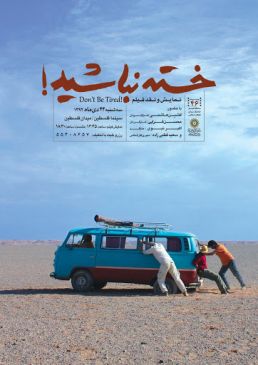