A house on the water: Dr. Reza Sepidbakht takes an angel while driving one night and picks up a deeply wounded angel by touching his fingers. The next day, when he goes to the hospital, the head of the ward tells him that the boys who memorized the Quran, who were anesthetized, were mistakenly taken to the doctor’s ward (obstetrics and gynecology). At the hospital, the doctor meets one of his old colleagues, who used to have a relationship and interest between them. Jaleh, the doctor’s secretary, complains to her about their past relationship and that the doctor has finally made it impossible for her to never have children again. He goes to a nursing home to see his old father, and a bitter confrontation ensues. The doctor tells Jaleh that the occupants of a white arrow have been following him for some time, and takes the address of an alarm installer from him. Mani, the young son of Dr. Sepidbakht, comes to the country after fifteen years, but is arrested at the airport for drug trafficking.

Be the first to review “Khanei Ruye Ab” Cancel reply 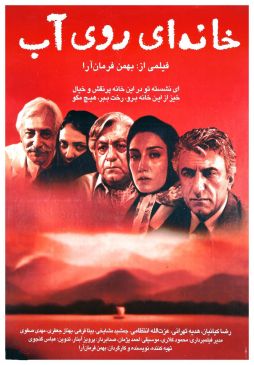