The story of Paper House is about the father and daughter of a journalist who work together and neither of them is married for the other. The girl works in a magazine and the father starts writing again after a while… .. “Paper House” tries to portray the atmosphere of journalists and their lives. The author of the film, who has been a journalist for many years and is well acquainted with the conditions and atmosphere of this field, based on the experience of recent years, intends to pay homage to journalists and their activities, and on the other hand, the problems of this group in Depict a melodrama space. But their efforts have not been enough to score this message. “Paper House” clearly suffers from many problems in the script section. Problems that appear both in the journalistic aspect of the story and in its romantic aspect, and deprive the audience of the opportunity to enjoy watching the film.

Be the first to review “Khane Kaghazi” Cancel reply 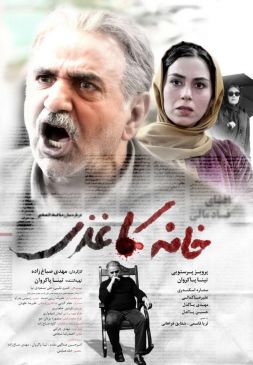