202075 minEjtemaei, Khanevadegi
+ Playlist
Sign in to add this movie to a playlist.
0

The story of the film revolves around a will and is about a man who has died and everyone has gathered around his body, but this body is kept out of sight of the viewer. The deceased bequeathed that after his death, his body be given to the medical school for scientific use, but his daughter strongly opposes… The film honors include the Simorgh Zarrin and Simin awards for best film and screenplay from the 35th Fajr International Film Festival, award Netpak mentioned the Creativity and Talent Award of the Film Critics and Writers Association Award, its entry into the main section of the 30th Tokyo Film Festival, and its introduction to the Asia-Pacific Film Festival by the Cinema House. Actors: Hadath Hairat, Ramin Riazi, Gholamreza Bagheri, Sedigheh Daryani, Narjes Deloram, Prinaz Pashazadeh, Sirous Mostafa, Akbar Shariat, Meysam Valikhani, Fariba Sohrabi, Vahideh Navidi, Reza Mahmoudi

Be the first to review “Khane Ev” Cancel reply 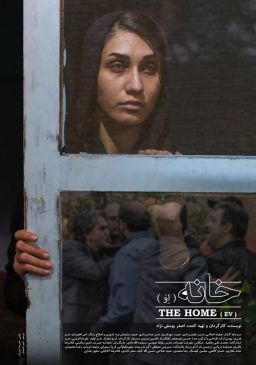