This film is the story of two female students who seek to discover the secret of the death of their university colleague, just the day before her wedding. Meanwhile, the father of the deceased girl intends to sell their small house at a low price in order to escape from the neighborhood and the heavy gaze of his people… Analysis: “The girl’s house” has a good start. It introduces the characters little by little and provides a suitable atmosphere of the characters and the atmosphere of the film. Without exaggeration and extravagance, it advances the story and reaches the main knot. The death of Samira (Rana Azadivar), just the night before her wedding, the suspicious behavior of her family and the occasional messages that are sent to her friends after Samira’s death, make them determined to discover the secret of Samira’s death. So far, the story is in order. We are faced with characters who introduce themselves little by little, but at the same time find meaning behind the main narrative.

Be the first to review “Khane Dokhtar” Cancel reply 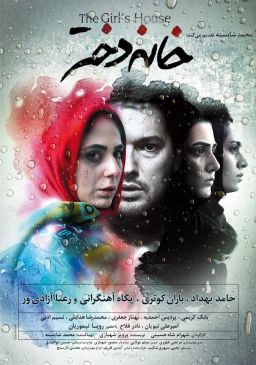