Khaltour Movie: Three young people who sing for a living in a restaurant are fired for refusing to perform vulgar music in the bazaar (Khaltour). Those who are severely penniless are forced to travel around Tehran to perform a circumcision ceremony on the way when they encounter a car that has crashed. They try to help the occupants of the car and save the life of a middle-aged man named Azdi (Mohammad Reza Sharifinia). Azdi, who is a billionaire, tells them that some people probably wanted to kill him and asks them to stay with them for a while and pretend that he was killed in an accident to find out who intended to kill him. After a while, Azdi’s daughter realizes that her father is alive and people are trying to kill her, but Sasan (Amir Hossein Siddiq) saves her.

Be the first to review “Khaltour” Cancel reply 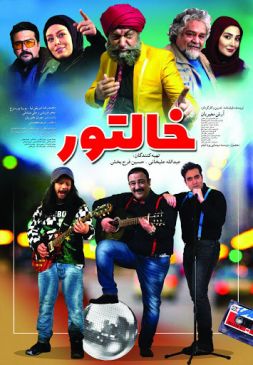