A kind and sociable frog aunt, whose biggest problem is loneliness and being away from her 98 children, in this film, along with new characters such as her twin sister named Abji Baji, forest doctor named Hakimeh Baji, her greedy neighbor and criminal named Samsarbashi, her legendary helper with The names of peas and grandchildren of each city or country come to him and… Aunt Frog is a work by Afshin Hashemi who during his more than 20 years of cinematic and theatrical activity, was better known as an actor and has acted in various films, serials and theaters. Is. Despite his more active presence in the theater, he has also experienced directing in cinemas since 1991 and has recorded four films so far. “Don’t Be Tired” (co-starring with Mohsen Gharayi), “Slow Sound” (made in the United States and winner of the Best Avant-Garde Film Award at the Independent International Film Festival) and “Temporary Passage” are the three films that Hashemi precedes “Aunt Frog” which these days It is screened in cinemas, it is made. In his latest cinematic experience, he has made a puppet film that can be appealing not only to children but also to adults by reviving childhood nostalgia.

Be the first to review “Khale Ghoorbaghe” Cancel reply 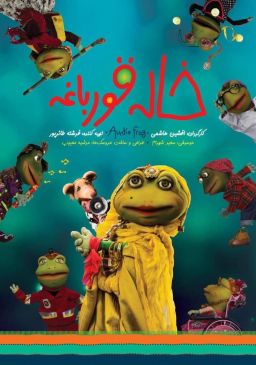