Soil and Fire: The story of “Soil and Fire” goes back to the events of 90 years ago, when the British entered Iran from India and smuggled weapons and made the region insecure under the pretext of building railways and telegraph lines in the Balochistan region. In this process, a Baluchi person named “Jiand” or Jihand fights against the British with the support of a cleric. The real story of the film took place in Nalak Valley of Khash city and the existence of a cemetery related to the killings of British forces in the Sindit area is the story of the film and in fact one of the honors of the Baluch people and shows their patriotic and xenophobic spirit. The film of soil and fire is similar to different works in terms of structure (form), content and production environment. According to various indicators, it can be said that the related works of Khak va Atash are: Immortal Legends of Iran-Siavash in Atash, Roman Prince, Mohammad Rasoolullah, Mirza Norouz’s shoes and Return.

Be the first to review “Khako Atash” Cancel reply 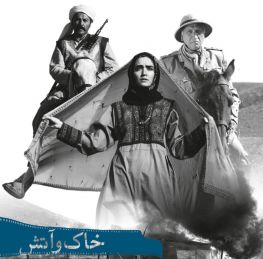