1995Ejtemaei, Ghadimi
+ Playlist
Sign in to add this movie to a playlist.
0

Strange Sisters: Narges and Nasrin, two schoolgirls, see each other at a school party and find out that they are twin sisters and that their composer father had been separated from their mother who sews in the past, but they were never told this. One of them lived with their mother and the other with their father. They decide to change their place, because the two parents’ twin sisters are very similar, they do not understand. The father is going to marry his colleague and fiancé, Soraya. The girls decide to stop Soraya from remarrying her parents, the girls pretend to be lost so that their parents can meet to find them and force them to look for them. The children who are hiding in the grandmother’s house succeed in doing this with the grandmother همکاری

Be the first to review “Khaharan Gharib” Cancel reply 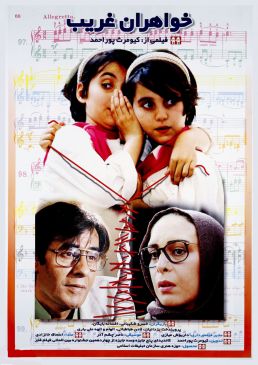