The movie I dream of: Reza (Reza Attaran) is a very kind and kind teacher who gets fired because his students harass him and he also tried to use his natural right to defend himself. He decides to make a living by tutoring. But shortly after Reza was fired, he met a pastilles saleswoman (played by Merila Zarei) and the two gradually became interested in each other. But the problem is that the seller’s sister is in dire need of money for kidney transplant surgery, and this causes unexpected events to occur between Reza and the seller. In this film, Akbar Abdi plays the role of an elderly woman. The first 10 minutes of the movie start with a storm and a flood of colorful jokes breaks out on the viewer. These jokes are funny in general, but there will probably be some people who call these jokes rude!

Be the first to review “Khabam Miad” Cancel reply 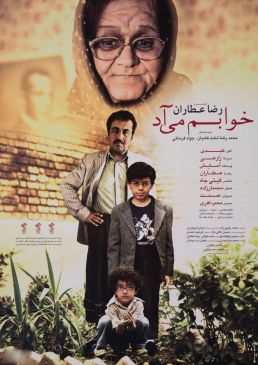