The story is about a young soldier whose sister is harassed by an unknown person, and when she hears this news, because she does not agree to her leave, she leaves the post out of concern with the Kalashnikov weapon that was handed over to her to protect a bank. And after a fight with her sister’s husband, he kills her. She works hard to pay for her sister’s surgery, and new characters enter the story. Cinema critic Mehdi Nasari considered the filming location of this film to be similar to the filming location of a few cubic meters of love, which, in his opinion, stems from the thematic poverty of this film. Cinema critic Ehsan Nazem Bakaei described the film’s storytelling process as confusing between drama and comedy. Mohammad Reza Shahidifard described the film as unfortunate. He called the Kalashnikov a promoter of immoral behavior and social arbitrariness. Seyyed Bashir Hosseini considered the message of the film as the weakness of law and security in the society and the necessity of administering justice in a tasteful manner by each individual, which is the preacher of anarchism. Tahmasb Solhjoo called this film a pleasant and revitalizing Iranian cinema and called it a tribute to the Persian film.

Be the first to review “Kelashinkof” Cancel reply 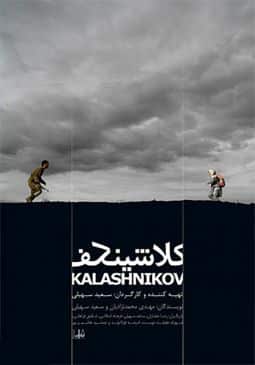