Kaveh crashes into a pedestrian and goes to jail. He is unexpectedly released on bail by his father-in-law, Haji Tavassoli. After his release, Kaveh found out that his brother had been killed and that Amir Hossein Sharifi, who also produced the series “Hasht Behesht”, said about other factors in “Burnt Matches”: Kazem Masoumi, director, Mojtaba Rahimi, director of photography, Shahrokh Sharifi, director of design and Mehrdad Motavi is the production manager, and Zamyad Saadvandian is the screenwriter and Mehdi Dehghan is the editor. In the end, he clarified: a garage on Saveh Road, Shariati St., Farahzad are the locations of this video, and some of the scenes were taken in the streets of Tehran. Mr. Shahrokh Estakhri plays the role of Kaveh. A driver who crashed into an old man, the man went into a coma and Kaveh has been in prison for some time and has now been released on bail. Kaveh is a man who grew up in a traditional neighborhood with traditional ideas. Apart from the fact that the role of Kavehi Lot Maslak did not sit on them at all, Grimm could not do anything and the viewer sees the same Shahrokh Estakhri on the screen. Mr. Shahrokh Shahi and Ms. Khoeiniha have also presented one of their weakest games. It is better not to talk about the game of non-players. 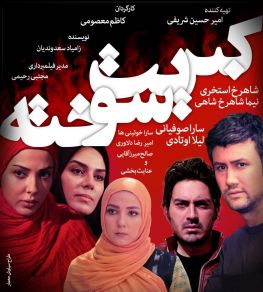