201890 minComedy, Khanevadegi
+ Playlist
Sign in to add this movie to a playlist.
0

Katyusha Movie: Khalil is a famous Basiji who is known in cyberspace as “Khalil Katyusha”. He is forced to spend a few days with Arshia, a kitty and rich boy. This class difference and point of view causes stories and troubles for each other, in “Katyusha” we are dealing with a lot of extra characters and sequences that have no function in advancing the narrative. From the brief presence of Mitra Hajar to the character of Jila played by Leila Otadi, whose entry into the story and exit is neither dramatic nor attractive and only prolongs the time of the film, and more interestingly, these unnecessary sub-characters reach the movie poster to name And their face is another guarantee for the thirsty to make his baseless and useless film. The sequence that is filmed in Behesht-e Zahra and the plot of the anonymous commanders is also one of the sequences in the film that could have helped a little in creating the atmosphere of the film and paying the characters, but in the end it seems useless and redundant; Just like the sequence in which Khalil Katyusha is impressed by the psychoactive substances that Arshia consumes at a night party and is supposed to be funny but ends before it starts.

Be the first to review “Katyusha” Cancel reply 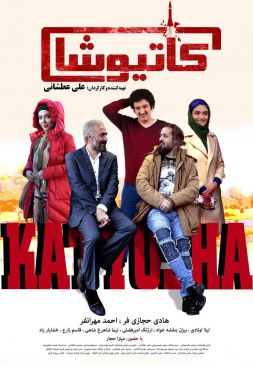