Abi (Behrouz Vosoughi) and Aghahseni (Davood Rashidi) are separated in the middle of Tehran after their release from prison. Abi gets a phone number as promised by Aghafkari in prison, but no one picks up the phone. After wandering around the city, he meets Aghahseni again in a notorious neighborhood. It turns out that Aghahseni, who intended to go south, had abandoned his decision. Abi and Agha Hosseini settle in a coffee shop whose owner (Abbas Nazeri Nik) is a dirty man and gives up everything for his own interests. Abdullah (Hussein Shahabmanesh), who was once a wrestler and defeated Abi in battles, but is addicted today, dies in the corner of the coffee shop. After winning the Torna game, Aghahseni orders Abi to go to cafes and restaurants without money from Lalehzar Street to Tajrish Bridge and eat the Mufti’s food and drink. Agham Mostafa (Jalal Pishvaian) believes that Abi can not do this and bets on this issue with Aghah Hosseini. The two are watching Abi’s story as Mustafa agrees with a number of cafes, trying to prevent Abi from fully implementing his decision in order to win the bet.

Be the first to review “Kandu Iranian Movie” Cancel reply 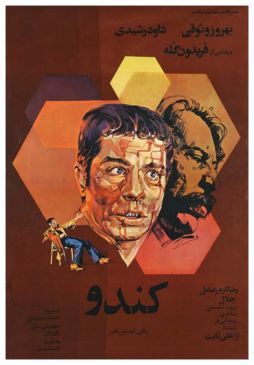