201177 minComedy, Khanevadegi
+ Playlist
Sign in to add this movie to a playlist.
0

The movie Crow-feathered dolphins: In the movie Crow-feathered dolphins: A few hidden thieves have gone to Kish Island to find a hidden treasure in the Persian Gulf, because Sally the dolphin knows the exact location of the treasure through the trap of other sea creatures. The thieves try to find the exact location of the treasure using Ms. Mohagheghi’s invented device, but… In the crow, the dolphin is filled with actors such as Ramin Naser Nasir, Rabieh Oskooi, Mahyar Habibi, Hossein Rafiei, Abbas Mahboub, Niki Nasirian and Negar Estakhr. They have played roles and acting. The film Full Crow, Full Dolphin is similar to different works in terms of structure (form), content and production environment. According to various characteristics, it can be said that the related works of the movie “Full Crow”, “Dolphin” are: “Don’t Forget” “Childhood”, “Dirt and Coral”, “Don’t Be Tired”, “A Cube of Sugar” and “Head to Seal”. 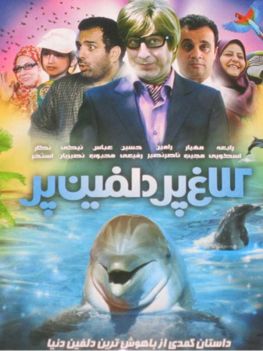