Don’t be fooled Khoshgaleh: Fati and her brother have been involved in wrongdoing to support their addicted father. Fati on the way to Kazem, a middle-aged man who is single and charitable, Kazem’s mother, who thinks that Fati is a suitable wife for her son, takes refuge in Fati in her house; But Fati testifies at the insistence of his brother at the police station that Kazem intended to deceive him. Kazem ousts Fati, and Fati works in a nightclub after his father dies. Kazem, who is still interested in Fati, takes Fati home from the nightclub on the advice of Bibi, a respected local old woman, to start a life together with him; But the locals blame Kazem. Gholam, a rural friend of Kazem, takes Fati to his native village to protect his reputation. Kazem finds the two.

Be the first to review “Kalak Nazan Khoshgeleh” Cancel reply 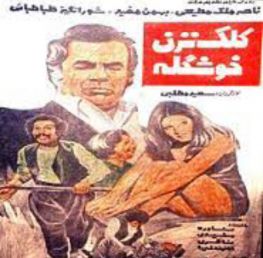