197190 minDrama, Ejtemaei, Ghadimi
+ Playlist
Sign in to add this movie to a playlist.
0

Kaku: The whole city is waiting for Kaku to come to answer for the collective cowardice. Kako returns, his brother is most eager for him, but in practice he finds Kako very tame and calm. After his release from prison, he wants to live in peace. There are incidents that take Kako’s capacity to calm down, especially the incident that happens to his brother’s favorite girl and the last fight with the bully in the neighborhood, which eventually leads to his disappearance. In this film, Nasser Malek Matiei, Afarin Ebeisi, Abbas Rezaei Vosough, Farangis Forouhar, Hamideh Khairabadi, Yadaleh Shirandami, Morteza Aghili, Mohammad Abdi, Mahdavifar, Nematollah Gorji starred. Kako is a film directed by Shapur Gharib and written by Reza Mirlouhi, produced in 1350. Kako movie with three excellent and different qualities has been placed on the site for your download.

Be the first to review “Kakou Iranian Movie” Cancel reply 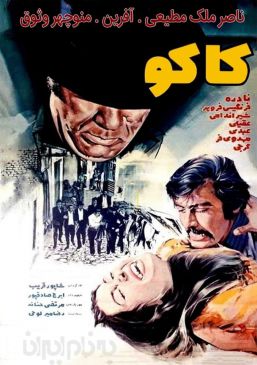