The play is the story of a young man who longs to become an actor and receive an Oscar and comes to Tehran from the city to achieve this dream, but he faces many difficulties. In this play, which is a solo performance in the form of a theater, Afshari has somehow brought his life story to the theater stage before becoming a face. This play was staged for the first time in 1994 and was very well received. In 1995 and 1997, Bahram Afshari, who was gradually climbing the ladder of fame, staged this play. Now, some time after the last performance and due to the closure of theaters and the distance of theater lovers, Bahram Afshari has decided to release the film of this play for lovers of this art.

Be the first to review “Joojeh Tighi” Cancel reply 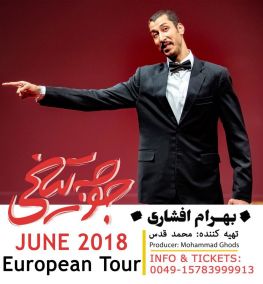