Farman’s wife gives birth to a son and Haidar’s wife gives birth to a daughter. Farman names his son Fereydoun and wishes him to become a doctor. Years later, Fereydoun (Bahman Mofid), who is an incompetent singer, seeks marriage at the suggestion of his mother Aqdas (Maliheh Nasiri). On the other hand, Shirin (Mastaneh Jazayeri), the son of Haidar (Mahmoud Tehrani), is a stubborn girl whose father wishes her to marry an ignorant man named Small Agha (Ahmad Moeini), who is in prison. Sakineh (Shahnaz Tehrani), the housewife, sees Fereydoun and considers him a sweet wife. The only drawback of Fereydoun is that he is a “thought chicken” and Haidar does not consent to his marriage to his daughter. Aqdas and Sakineh Fereydoun are handed over to Hossein Tashneh Tala (Reza Arham Sadr) to make him an “ignorant with technique” at the “Ignorant Institute”. Fereydoun reluctantly watches the course under the supervision of Hossein Tashneh Tala and his colleagues (Ezatullah Ramezanifar and Samad Shirazi) and prepares to face Small Gavoksh. 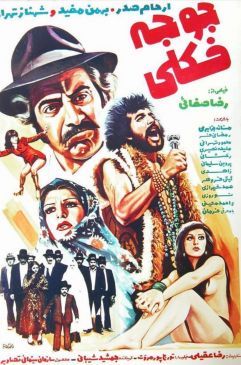