Madness movie: In the summary of the story of “Madness” it is stated: Next to the ports of the Persian Gulf, in a special geographical area, there is a tradition called “Zar”, which is a genocide ceremony in the south of Iran and a group of people in that region believe it. They have and another group does not accept it. “Behzad” believes that the spirit of “Barsad” has conquered him and this psychotic man, by entering the solitude of “Ghazal”, causes terrifying adventures and ساز The constituent elements of this film are: Directed and Edited by: Kamran Qadakchian, Writer : Peyman Abbasi, Project Manager: Mehdi Golizadeh, Director of Photography: Mohammad Afsari, Face Designer: Rasoul Seyed Arabi, Costume Designer: Qassem Torkashvand, Field Special Effects Designer: Hamid Rasoulian, Computer Special Effects Designer: Nima Mehdian, Production Manager: Jafar Samadi, Sound Recordist: Bahman Heydari, Sound and Design and Sound Composition: Bahman Heidari and Mehdi Jamshidian, Composer: Yahya Sepehri Shakib, Procurement Manager: Masoud Sharafikia.

Be the first to review “Jonon Iranian Movie” Cancel reply 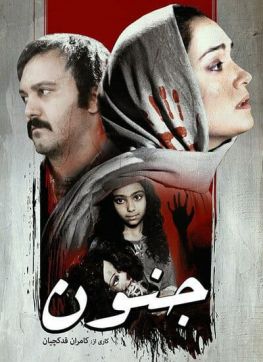