1992100 minComedy, Ejtemaei, Ghadimi
+ Playlist
Sign in to add this movie to a playlist.
0

The pickpockets do not go to heaven: In the synopsis of the pickpockets do not go to heaven, Delshad is a traveling salesman who is forced to try new ways to earn money due to financial problems and backward rent. But all avenues remain closed to him. Alone, an unusual way tempts him. Eventually he is confronted with the biggest and most unusual event of his life. Deadly events that apparently only love can deal with. Abolhassan Davoodi is the director of Iranian cinema and television. He was born in 1334. Among the most important works of Abolhassan Davoodi, we can mention directing the movie Crazy Face, the movie Thousand Feet and the movie Bread and Love and Motor 1000. Abolhassan Davoodi started his career in television and in 1987, at the age of 32, he worked as a director in the series Murder.

Be the first to review “Jibborha Be Behesht Namiravand” Cancel reply 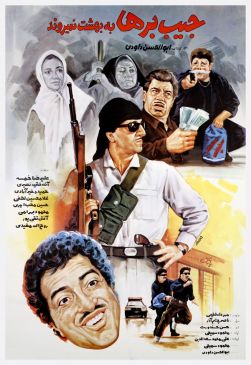