The film “Celebration of Nostalgia” has a social theme and deals with the harms of cyberspace. The film is about the real relationship between people and its connection with cyberspace. It is a classic film about the necessities of modern life that we are dealing with. For example, in this film, Instagram and Telegram and virtual pages are discussed. ________ Description Pouria Azarbayjani is an Iranian director and screenwriter ________ Pouria Azarbayjani is an Azerbaijani director, screenwriter and brother-in-law Azerbaijani director. He has participated in several festivals and won awards, including the Warsaw Jury Special Award for Unfinished Narration and the Honorary Diploma of the First Bombay Film Festival for Unfinished Narratives, nominated for Best Director for Water and Mirror at the Fajr Film Festival, Best First Film for Unfinished Narratives in The 25th Fajr Festival is the best screenplay in the 29th Fajr Festival for a romantic documentary about a soldier on duty. 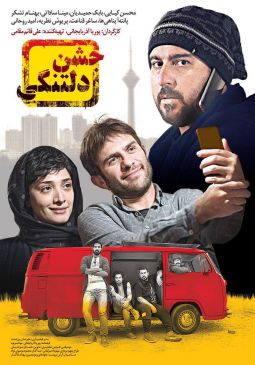