2020100 minBiography, Ejtemaei, Romance
+ Playlist
Sign in to add this movie to a playlist.
0

Life movie on Asma’s wedding night, Masoud Baradar Yaser (Asma’s former suitor) incites him to go to the wedding ceremony with the intention of disrupting it, but is killed in a fight by Jamal’s brother ما. Amiri and Hossein Amiri Dumari is a noisy work that claims to be a social cinema. One of the most important factors in making a film in the social genre is the presentation of characters who can show the desired subject well and bring the story to its ultimate goal, which is the comprehensive analysis and payment of the subject. “Living”, despite the margins, does not have much to say and is on the heels of the miserable social cinema of these years. “Janandar” has a similar situation to the social films of recent years in Iranian cinema: they have all been forgotten! After “Rare Separation from Simin”, Iranian cinema has not been able to create an effective drama, and almost all of them have been forgotten after a while due to their similarities. “Jandar” will be next to the same films with its endless tensions and minimal areas, and it will soon be forgotten. 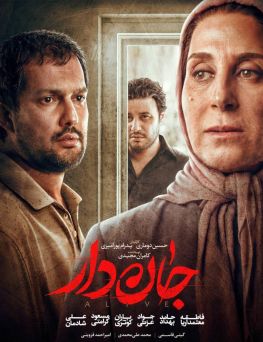