198893 minEjtemaei, Ghadimi
+ Playlist
Sign in to add this movie to a playlist.
0

In the 1940s, Smith, under the direction of the International Maritime Transport Company in Bandar Abbas, extended his influence and dominance in various directions, and no one dared to criticize him or his mercenaries. With intimidation and violence, any protest becomes ineffective, and eventually Jamil stands fearlessly against them and finds allies and supporters, whose stability and that of his associates eventually leads to the destruction of Smith. About the author: Asghar Abdollahi is a writer in Iranian cinema and television. Among Asghar Abdollahi’s most important works, we can mention his activities in the cooking series, the film Gharib Sisters and the open parenthesis series. Asghar Abdollahi started his career in cinema and in 1986 he worked as a writer in the film Hareem Mehrvarzi directed by Nasser Gholamrezaei.

Be the first to review “Jamil Iranian Movie” Cancel reply 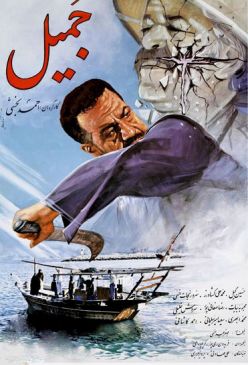