The story of the three-episode film “Jamehdoran” is about a woman named Shirin who discovers new relationships in her life and discovers new truths at her father’s funeral. “Jame Duran” is an adaptation of Ms. Nahid Tabatabai’s book of the same name, the script of which was written by her and Hamid Reza Ghotbi. A screenplay that is supposed to depict the suffering of several generations of women who connect with each other through a single subject. The positive feature of “community” is that it is a storyteller. A work that tells a story to the audience and prevents the script from being marginalized with open endings and similar issues that are gradually becoming pervasive in Iranian cinema. The screenplay of Nahid Tabatabai and Hamid Ghotbi tells the story of three women at different times.

Be the first to review “Jaamedaran” Cancel reply 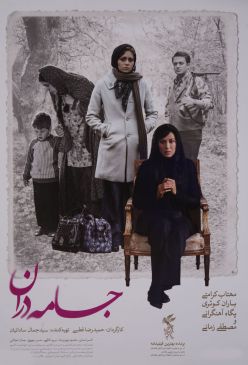