201490 minDrama, Khanevadegi
+ Playlist
Sign in to add this movie to a playlist.
0

The film tells the story of Amrullah Khan and Fathullah Khan, who are vying for council elections in a village. “Sir, how many of these burgers did you give us?” These are not burgers, Iran is a burger! As it seems, this dialogue is the key dialogue of Massoud Jafari Jozani’s latest film. Because all the actions of the characters and the atmosphere of the film are supposed to be head-to-head, to be a mirror for the Iranian society and to make a bitter comedy. It gives us a rural script in which the two khans, the main rivals in the village elections, challenge each other to win the election. The village is a symbol of Iran, its people are a symbol of the Iranian people and its houses are a symbol of politicians. But as it turns out from the dialogue, the film uses large-scale markings to achieve its goal, so that the most general audience of the film, simply by receiving the film’s signs, imagines its meaning in the outside world. In addition to the obsolescence of this kind of cinematic semiotics, when the same references are formed with an incomplete and misunderstood understanding of a society, that is where the fine line between criticism and insult in the comedy genre disappears and the film becomes a derogatory satire. Original black comedy.

Be the first to review “Iran Berger” Cancel reply 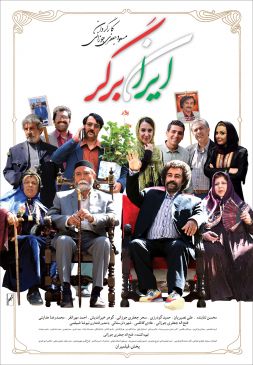