200698 minGhadimi, Mostanad
+ Playlist
Sign in to add this movie to a playlist.
0

This rare documentary by Homayoun, a Paris-based Iranian director, is a review of the history of Iranian cinema and its developments, taking into account contemporary political and social events. In this documentary, which was commissioned by Arte TV and produced in collaboration with Babak Karimi, famous directors as well as those involved in Iranian cinema have expressed their views and opinions on the evolution of Iranian cinema before and after the revolution and during the war. Bahram Beizai, Dariush Mehrjoui, Nosrat Karimi, Fereydoon Goleh, Masoud Kimiaei, Amir Naderi, Mohsen Makhmalbaf and Bahman Ghobadi are among these directors. In this documentary, parts of movies along with documentaries of revolution and war have been assembled. During the making of this documentary, Homayoun benefited from Babak Karimi’s cooperation in the field of assembly.

Be the first to review “Iran A Cinematographic Revolution” Cancel reply 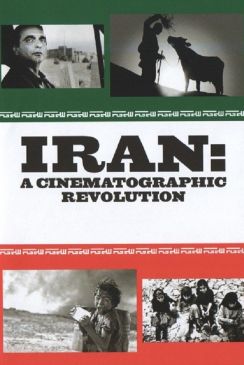