The film tells the story of a woman who tries to get her legal right through the judiciary to retaliate against the person who beat her محس .. Mohsen Tavakoli, who in recent years has made the telefilms “Next appointment there”, “Camera” And made “humans.” The script of this film has many holes that range from characterization to narrative logic, so that no character and subject matter quality of the film’s dialogues is low, and they were made by modeling custom series in the sixties that do not correspond to the current conditions of cinema. . It does not leave a question mark. The number of wrong framing and mezzanines in “This Woman…” is very high, which is especially evident in the dormitory section more than other moments in the film. The ending is a cliché that does not affect the message of the film to the audience. Mitra Hajar, who was a movie star in the late seventies, plays the lead role in the film. 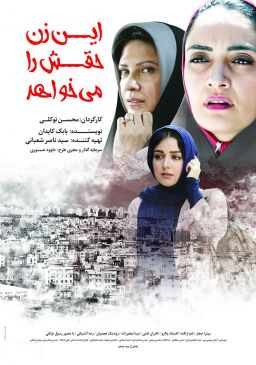