In Sib Baraye To

201594 minEjtemaei, Khanevadegi
+ Playlist
Sign in to add this movie to a playlist.
0

This is the apple of Brighto: This movie is the story of two young girls who are friends, and while one of them is engaged, a romantic relationship is established between the girl’s fiancé and her boyfriend. The script of “This Apple…”, like many of the socio-family melodramas of the pre-revolutionary years, resembles a pen-and-ink dish that is a mixture of everything that has reached the screenwriter. In the cinematic career of Sirus Alvand, just like other veteran cinema directors, there is a wide range of films. Good films like “Once Forever”, “Dirty Hands” and “The Second Woman”, mediocre films like “Cartoon Hotel”, “Annoying” and “Winner” and weaker films such as “Saghar”, “Blood Orange” And now this apple for you too.

Be the first to review “In Sib Baraye To” Cancel reply 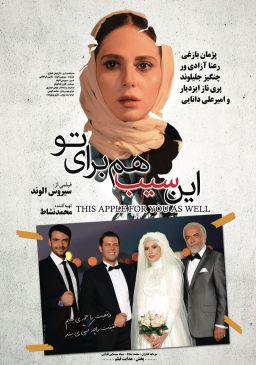