197191 minComedy, Foreign, Ghadimi
+ Playlist
Sign in to add this movie to a playlist.
0

The film of this group of garbage girls is the fascination of a wealthy young man, who lives with three poor young men. It is not possible for him to face his favorite young man. Three young men are kidnapped during an incident by a group of thieves. Recognize money, they make their appearance with it. Love arises between a girl and a boy. The thieves find them. The chase begins. Eventually, the thieves are caught in the law, and after the marriage of the girl and the boy, three young men leave. Be a new story. The film of this group of garbage directed by Turkreinan oglu was produced 48 years ago, in 1350.

Be the first to review “In Gorouh Zebel” Cancel reply 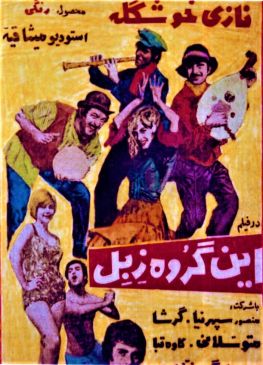