Iran and Spain have agreed on a major project to launch a major project on the island of Hindurabi in southern Iran, and many companies and individuals have participated in the tender out of greed. Engineer Saeed Parsa, who has been separated from his wife Roya Azdi for several years, is the head of one of the companies participating in the tender. Others are trying to win this crucial tender with different goals. Achieving success for the people of this story leads to complications in its narration… This film was screened for the first time at the 37th Fajr Film Festival. This film is the second film made by Azita Mogoi after the tragedy film, both of which were well received by the audience at the time of release. The film “Original Idea” was released in Iranian cinemas in August 2009 and sold nearly 4,525,428,000 Tomans.

Be the first to review “Ide Asli” Cancel reply 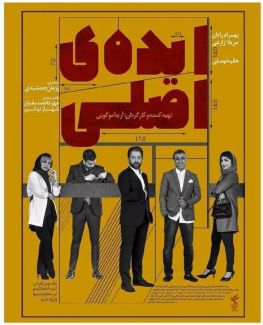