The film Dormitory for Girls is an interesting subject for fear and laughter because it shows several girls in a student dormitory in a remote area of ​​Tehran called Sarkuh, who is temporarily selected in an abandoned building owned by an old woman named Sakineh Khanum because the dormitory building is not ready. He even believes that jinn transform into chickens and roosters. This film can be divided into two different parts. The first part contains humorous happy dialogues that spark the romantic relationship between a boy named Farhad and a girl named Roya, and the film retains its humor while being scary. 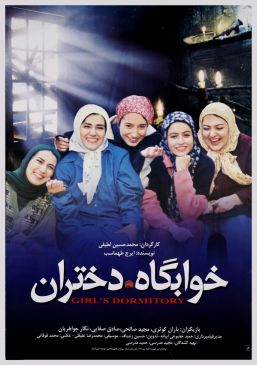