Invasion movie: It’s about a murder that happened in a stadium. And several police officers are investigating the case. Upon entering the stadium, they get clues about the murder and carry the murder suspect with them, and it is enough for them to know the trajectory of the murder, but it will be a complicated task for them. Friends of the victim do not want to cooperate with the police… Shahram Mokri (born August 17, 1978 in Kermanshah) is a screenwriter, editor and director of Iranian cinema. He has a bachelor’s degree in cinema (directing) from Soura University. Shahram Mokri entered the professional world of cinema with his short film The Storm of the Dragonfly (2011), which is his first serious work. He is a graduate of the Youth Cinema Association of Kermanshah office. Macri won the Special Award for Horizons in the 2013 Venice Film Festival for “Creative Content” for his film Fish and Cat. Actors:

Be the first to review “Hojoom Iranian Movie” Cancel reply 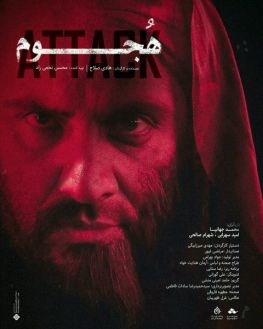