Girls do not shout: Shirin, eight years old, is sexually abused by a man close to her. What deepens this wound and ends the tragedy is that the girl does not find anyone to share her pain with and they believe her. Shirin has really fallen in love in adulthood after two unsuccessful engagements, but when she wants to marry him, she sees a man who wants to rape a little girl, Shirin runs away from the little girl and kills the man, and finally finds him for a reason. Pouran Derakhshandeh describes how this film was made: In 1968, I received a booklet from the city of Buchan, which is still here. In this booklet, a boy explained that he had been abused. At that time, I was in the movie “Lost Time”. 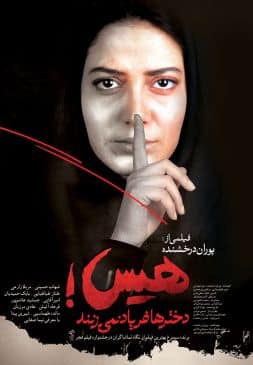