Reza (Reza Attaran) and his friend Mansour (Javad Ezzati), who are busy with a bag, find out through his mother that the daughter of a rich man has vowed to marry a veteran, so Reza, who lost his leg in an accident, decides to The girl approaches so that she can marry him. Reza enters the veterans’ sanatorium where the director’s daughter is. Reza tries to make the girl interested in him by telling various lies. Reza makes the girl interested in him with the help of Mansour. On the other hand, Reza claims that Imposing the death of the commander of an Iraqi group causes great trouble for himself and… HezarPa – Hezarpa

Be the first to review “Hezarpa Iranian Movie” Cancel reply 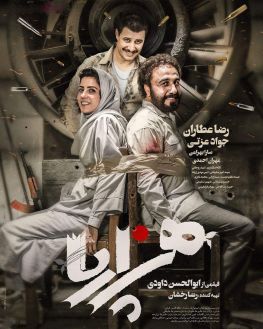