201590 minEjtemaei, Khanevadegi
+ Playlist
Sign in to add this movie to a playlist.
0

It is the story of a girl who is going to Italy but takes a different path due to family problems…. Helen (Roshanak Gerami) is a girl in her twenties who is on the verge of leaving Iran and migrating (illegally) to Italy with Ashkan (Houtan Shakiba). Meanwhile, Nasrin, Helen’s mother (Roya Nonhali) gets into trouble with her lover Farhad (Amin Hayaee) and takes refuge in Helen. Some opponents of the film consider the problem of the work to be unbelievable. In fact, they find the story of the film strange, and for this reason, they see the main problem of the film in that the audience will not be able to identify with the film. Others have more specialized criticisms of the film and see the main problem of the film as its rhythm or in editing and directing. Both of these views are somewhat flawed in the film, but they cannot be Helen’s main problems.

Be the first to review “Helen Iranian Movie” Cancel reply 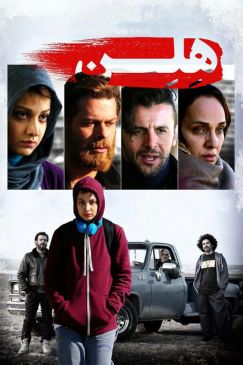