The story of “Love Story” is taken from the story of a real photographer named Ahmad Nateghi, who is the first person to enter and photograph Halabja after the chemical bombing. A love story about the war and the tragedy of the chemical bombing of Halabja. Formed… Analysis: “Love Story” has won the Best Film and Best Screenplay award at the Panorama Section of the Asian Film Festival in Spain and has been screened in the third edition of the Asia House Film Week in Spain and the 39th Montreal International Film Festival. Is. Bahram Radan as an Iranian photographer and Shilan Rahmani as a Kurdish girl are the main actors in “A Love Story”. Farabi Cinema Foundation is in charge of international distribution and Jozan Film is in charge of domestic distribution of this film. The story of a love story participated in the Simorgh Soda section of the 33rd Fajr Film Festival and won the honorary diploma for the best male actor for playing Bahman Zarrinpour. 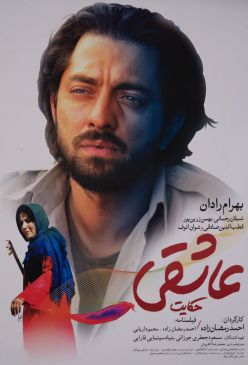