201694 minEjtemaei, Khanevadegi
+ Playlist
Sign in to add this movie to a playlist.
+1

“The Tale of the Sea” is a film directed and written by “Bahman Farmanara” produced in 2016. This director has acted for the first time in his latest work. The story of the sea at the time of its construction was called “Crazy Heart” and after its creation, its name was changed to the story of the sea. This film tells the story of people who, after being away for a while, get closer again. But can this closeness make up for the distance of the past ?! Actors: Ali Nasirian, Dariush Asadzadeh, Fatemeh Motamedaria, Leila Hatami, Ali Mosafa, Roya Nonhali, Pantea Panahiha, Maryam Bobani, Saber Abar, Bahman Farmanara

Be the first to review “Hekayat Darya” Cancel reply 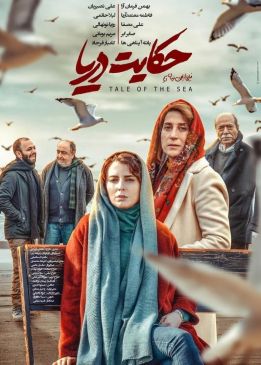