2019Drama, Ejtemaei
+ Playlist
Sign in to add this movie to a playlist.
0

Hattrick Movie: The story begins with a party to which Lida (Prinaz Izdiar) and her husband (Amir Jadidi) are invited. Lida is a photographer and her husband Farzad does not know exactly what he is doing. Saturn, the friend of these two people (Saber Abr), has a new girlfriend named Raha (Mahour Alvand) and has brought her to a party. On their way home, the four of them collide with something or someone and run away. …… The film, like most dramas of this kind, begins with a relative calm, which obviously does not remain the case, and details of the crisis Are coming.

Be the first to review “Hat Trick” Cancel reply 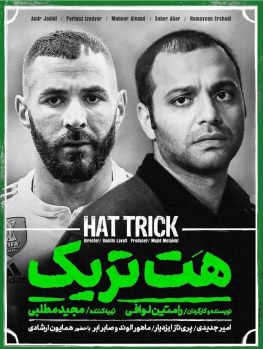