2018Comedy, Khanevadegi
+ Playlist
Sign in to add this movie to a playlist.
0

Gham and Rojin are middle-class mothers and have a gym. These two eyes have a lot in common in the fields of clothing, cars, mobile phones, etc., and Diako, the son of Naghmeh, and Raika, the son of Rojin, both study in the same school and have a poor level. Amir Ali is another student at the same school. When he sees the eyes of his classmates’ mothers, he makes an offer to the school principal. The hashtag, which has been on display for almost two months, has sold something close to three billion tomans, and raises the question of why this Has the carefree film reached the billion mark ?! Are the anxious people of Iran looking for a way to escape from this situation and spend money to see a film that does not show the days of the country ?! Rahim Behboodifar’s second work is in the genre of comedy cinema and its focus is on the eyes and eyes of the mothers of two teenagers.

Be the first to review “Hashtag Iranian Movie” Cancel reply 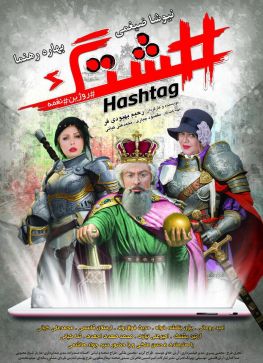