In the synopsis of the movie Hari, it is stated that I risked everything to be right or nothing! I do everything I can to make sure that he does not grow up in the street where I grew up… Amir Ahmad Ansari first thanked the group and the actors of this film and said: “Hari” is not my film but the film of all the loved ones who stood by us in a friendly way. This movie was made. When we make a film in an environment based on interaction and trust, and there are sparks of creativity in it, along with the brilliant acting of the actors and other elements of the film, the result is the work we saw together today. The director added: “My interest is in fiction and storytelling cinema, and in” Hari “and several other films, I also experienced a gaming atmosphere, which is one of my main interests, and I like actors to carry the main burden of the story. I have always been interested in chemical cinema and I tried to include sparks of his cinema in my works. Milad Ki Maram, before starting his talk about the film, referring to the death of Ali Tabatabai, said: “I am not happy these days, but I feel good to be with you.” I have lost one of my most oppressed and kind friends. I wish we learn to love people as long as they are alive.

Be the first to review “Hari Iranian Movie” Cancel reply 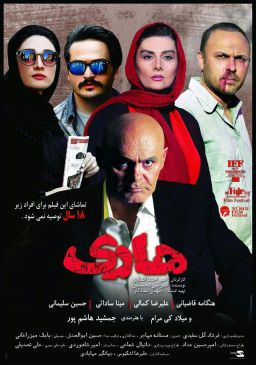