Hamid Hamoon, who is in constant conflict with his wife, Mahshid, is reviewing his nightmare life. He is writing his treatise on love and faith, looking for his old friend and target, Ali Abedini. He leaves home and commits insane acts. In a state of distress, he surrenders to the waves following his complaints, but Abedini saves him. The film also addresses the concerns of post-revolutionary intellectual youth; Between worldliness and idealism. An image of idealism that is in turmoil due to worldly love (beauty and…) and in contrast, Ali Abedini is a person whose task is clear to him and who has sacrificed the world for his ideals and beliefs. (Mehrjui himself says that the story of this film is inspired by Sadegh Hedayat, the blind owl). Dariush Mehrjoui is the director of Iranian cinema and television. He was born in 1318.

Be the first to review “Hamoon Iranian Movie” Cancel reply 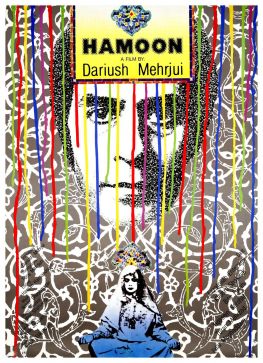